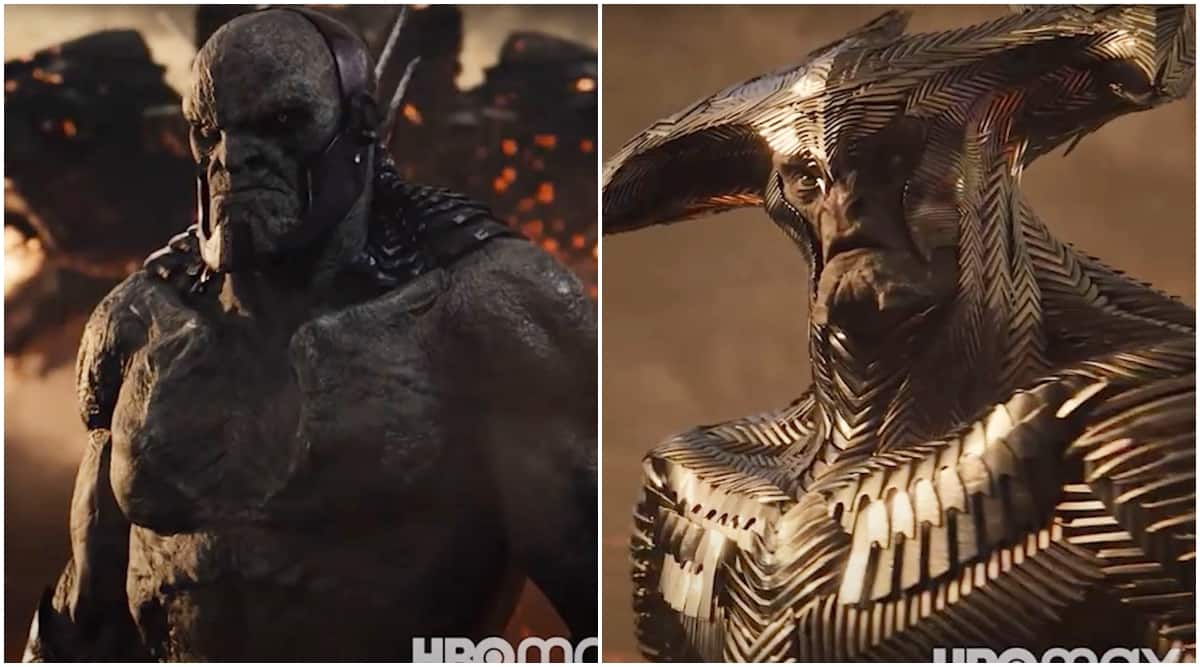 A new teaser for Zack Snyder’s Justice League highlights the supervillains of the movie. Snyder has been sharing teasers spotlighting superheroes in the movie as the release date comes closer.

And now the bad guys get their due. While Steppenwolf is the main villain in the movie, Darkseid does appear briefly. Steppenwolf is sent by Darkseid, his master, to the earth to invade and terraform it into a wasteland like their own planet Apokolips.

But the Justice League stands in the way.

The teaser shows how Steppenwolf is confident he will not encounter a lot of problems since Superman is dead and the metahumans (superheroes) are not united.

The teaser also reveals the history lesson scene in which the combined forces of earth (Greeks, Atlanteans, Amazons, men, a Green Lantern and so on) repelled the original Apokoliptian invasion.

Darkseid is said to be Marvel’s equivalent of Thanos, but in fact the latter was inspired by the former. Also called the God of Evil, he is a universal tyrant who wants to subjugate all reality, is searching for the anti-life equation, and is obsessed with death.

It is going to be extremely exciting to see the Justice League in conflict with him in live-action for the first time.

The official synopsis of the film reads, “In ZACK SNYDER’S JUSTICE LEAGUE, determined to ensure Superman’s (Henry Cavill) ultimate sacrifice was not in vain, Bruce Wayne (Ben Affleck) aligns forces with Diana Prince (Gal Gadot) with plans to recruit a team of metahumans to protect the world from an approaching threat of catastrophic proportions. The task proves more difficult than Bruce imagined, as each of the recruits must face the demons of their own pasts to transcend that which has held them back, allowing them to come together, finally forming an unprecedented league of heroes. Now united, Batman (Affleck), Wonder Woman (Gadot), Aquaman (Jason Momoa), Cyborg (Ray Fisher) and The Flash (Ezra Miller) may be too late to save the planet from Steppenwolf, DeSaad and Darkseid and their dreadful intentions.”

Zack Snyder’s Justice League will release in India on BookMyShow Stream, BookMyShow’s streaming service, and in the US on HBO Max on March 18.

What you need to know about managing PCOS/PCOD

What you need to know about managing PCOS/PCOD