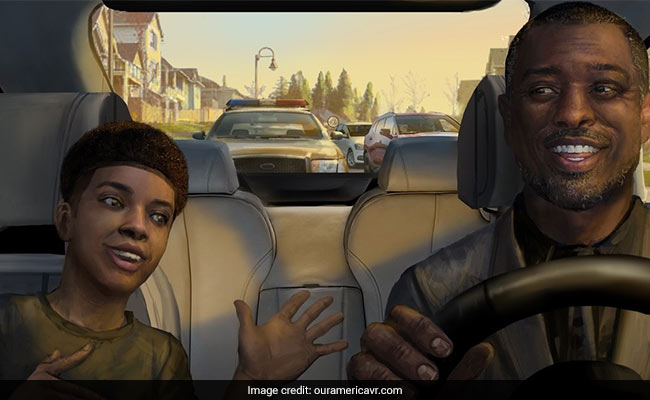 Video Game To Fight Racism, Players To Step Into Shoes Of Black Father

With calls for police reform and protests across the United States, software engineer Bryant Young is hoping to use virtual reality (VR) to fight racism.

“Our America” puts the viewer in the driver’s seat as a Black father takes his son to school. Along the way, they are pulled over by the police, leading to life and death choices.

“The audience has to go through these different scenarios, whether it’s subtle or overt racism, and has to navigate these different conversations and interactions properly,” explained 25-year-old Young.

When Young was 16 years old, his dad took him to buy his first car, according to the game’s description on fund-raising site Kickstarter. As his dad was driving them home, police pulled them over. When Young reached to open the glove box for the registration, he said the officer was ready to pull out his gun, a frightening moment but one that did not result in violence.

“I am really focused on just trying to bring light to a situation that a lot of people are not aware of and give people a chance to experience what it’s like to be Black in America,” he said.

Recent days have seen protests over the killing of Daunte Wright by police after a routine traffic stop just miles from where George Floyd died last May. Floyd died in handcuffs with his neck pinned to the street under a police officer’s knee. Both Wright and Floyd were Black.

“I think there’s something incredibly important about the power of real-time 3D in immersive storytelling that we cannot find in other pieces of technology,” said Jessica Lindl, Unity’s vice president for social impact.

Video games have also helped share the experiences of other marginalized groups, such as refugees fleeing civil war.

Bryant and his team hope to have “Our America” finished by September.

On Emma Watson’s birthday, her flawless performance in five movies beyond Harry Potter

On Emma Watson’s birthday, her flawless performance in five movies beyond Harry Potter