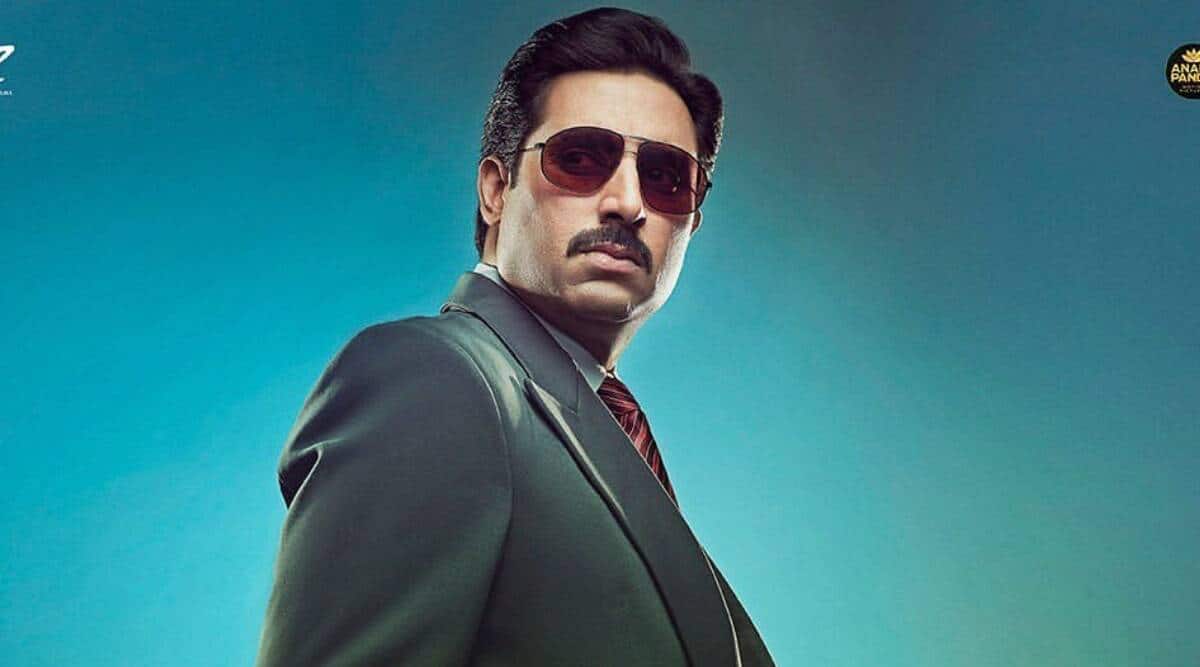 The Big Bull releases on April 8.

Abhishek Bachchan starrer The Big Bull releases on Disney+ Hotstar VIP on Thursday. The Kookie Gulati directorial is based on the Harshad Mehta securities scam of 1992, which was the biggest financial fraud to take place in the country until then.

The Big Bull also stars Nikita Dutta, Ileana D’Cruz, Ram Kapoor, Sohum Shah, Mahesh Manjrekar and Saurabh Shukla among others. The film was intended for a theatrical release but was shifted to the OTT platform due to the ongoing pandemic. Talking about releasing the film on a streaming service, Bachchan told indianexpress.com, “From digital to television to screen, there is going to have to be a variety on how you tell your stories. And there lays the biggest hurdle for Kookie (director Kookie Gulati) as he made this movie for the 70 mm screen and now because of the situation we were in and due to the pandemic, he had to now adapt his storytelling style to make it conducive to a digital streaming platform.”

Abhishek spoke about playing a morally dubious man in the film and said, “When I was discussing the film with Kookie, I had said that if you’re going to whitewash somebody then I am not up for it, because that makes a character very unidimensional, and that’s not what I am interested in doing. Today’s audience’s taste has also changed and evolved, from my understanding, they want to see the protagonist be more human, they want to see his flaws, they want to see grey characters.”

The film will start streaming on Disney+ Hotstar at 7:30 pm on Thursday. Abhishek will be hosting the watch party of the premiere on the Twitter handle of the streaming service where the audience can send in their questions as they watch the film.

Follow this blog for all the updates on The Big Bull

The Big Bull’s story is based on the real-life financial fraud that also inspired the web series Scam 1992. Hansal Mehta’s series starring Pratik Gandhi was one of the most acclaimed series of 2020 so it was only natural that the audience started comparing them both. But the teams of Scam 1992 and The Big Bull have been extremely cordial in praising each other’s work.

Abhishek earlier told Bollywood Hungama, “I saw Scam (1992) last year and I thoroughly enjoyed it. I think it was just a wonderful achievement on behalf of the entire team.” Scam 1992 creator Hansal Mehta had earlier tweeted, “Please don’t make unfair comparisons. There can be multiple tales on the same story. Every story-teller will have his own way and should be seen independent of the other. This film has so many talents involved just like my show. They’ve done their best and they deserve your love.”

Anthony Hopkins to star in indie movie Where Are You

Actor Hrithik Roshan attempted to teach Saif Ali Khan the steps to the song Alcoholia from their upcoming film, Vikram...