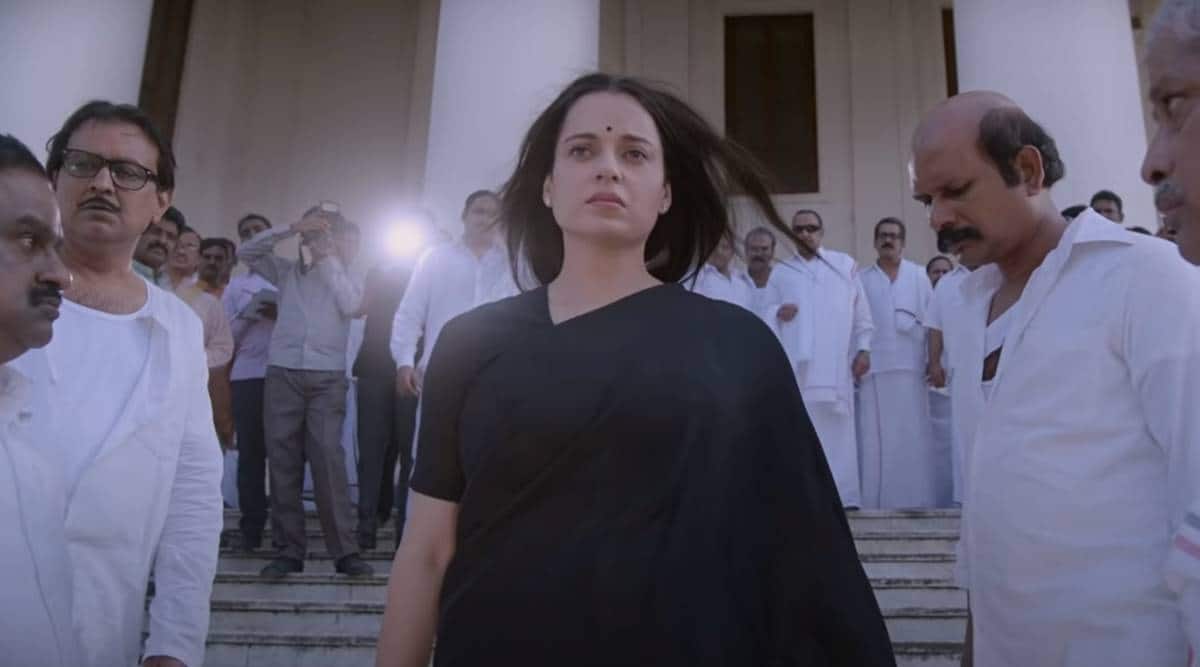 Thalaivi trailer ticks every box that was expected from the biopic of former Tamil Nadu chief minister J Jayalalithaa, with Kangana Ranaut playing the eponymous role. A larger-than-life take that tries to capture the personality of the actor-politician, it shows her journey as a ‘superstar heroine’ to a consummate politician.

As soon as the trailer begins, we hear the voice-over questioning how a film actor can bring about a change in politics, which is called a man’s bastion. We meet the charismatic Kangana portraying Jayalithaa, and her on-screen and off-screen relationship with MG Ramachandran, played by Arvind Swami. It is MGR who eases her into politics, promising that people will return her love one day. However, her journey from an actor to a politician and then as a chief minister come with enough bumps.

The trailer tackles the infamous episode of 1989 when Jayalithaa was brutally attacked by the DMK members in the state assembly. In the trailer, Kangana compares herself to Mahabharat’s Draupadi as she promises vengeance.

The then prime minister Indira Gandhi also makes an appearance in the trailer as Jayalalithaa addresses her in her maiden speech in the Parliament.

Kangana as Jayalalithaa leaves quite an impression. As the trailer of AL Vijay directorial comes to an end, we hear her say, “If you see me as your mother, I will keep you in my heart,” and interestingly, that one line describes Jayalalithaa’s legacy as a politician and Tamil Nadu’s chief minister.

Thalaivi releases on April 23 this year.

Head Of IIM Calcutta Quits After Disagreements With Teaching Faculty