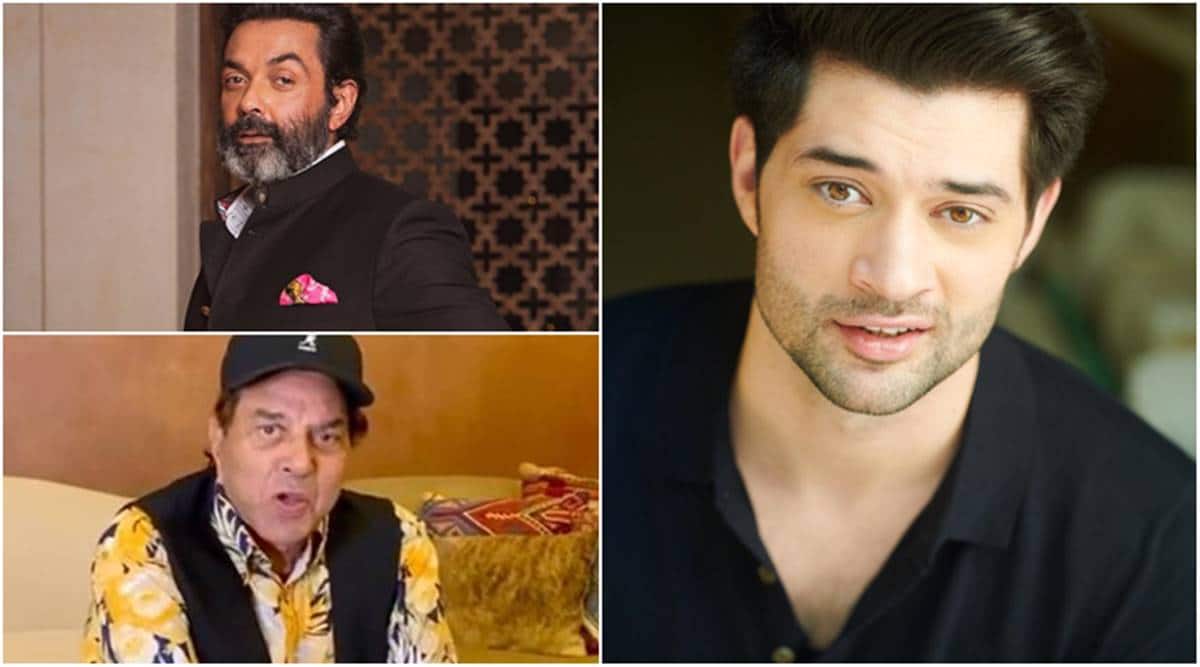 Sunny Deol’s younger son Rajveer Deol is all set to make his debut with Rajshri Productions’ upcoming project. On Wednesday, legendary actor Dharmendra introduced his grandson Rajveer to his fans and asked them to shower love and affection on him.

“Introducing my grandson #RajveerDeol to the world of cinema along with Avnish Barjatya’s directorial debut. I humbly request you all to shower the same love and affection on both the kids as you have on me. Good luck and Godbless,” the actor wrote on Twitter, informing that Rajveer’s debut project will also mark veteran director Sooraj Barjatya’s son Avnish Barjatya’s debut as a director.

Rajveer’s uncle and actor Bobby Deol also shared the news of nephew’s debut and wrote that he is “on the way to realise his dream…” He informed his fans that the story, which marks Rajshri Productions’ 59th film, will be a coming-of-age love story. “A beautiful journey awaits ahead,” he concluded.

Karan, wishing his brother Rajveer the best on his debut, wrote, “The beginning of a wonderful journey into the world of cinema beckons! All the very best brother. Wish you all the success…Welcome to the movies! Love you and give it your all.”

Ahead of his debut, Rajveer worked as an assistant director. He has been training under the guidance of film director Feroz Abbas Khan. Talking about him, Avnish Barjatya said in a statement, “Rajveer speaks with his eyes. He has a silent charisma and is tremendously hard-working. The more time we spent talking about the project, the more I began to see Rajveer as the protagonist in my film.”

As per the makers, the film will deal with the concept of love and relationships in today’s world. The film is expected to go on floors in July this year and is slated for a release in 2022. The team is yet to reveal details on the female-lead of the film.