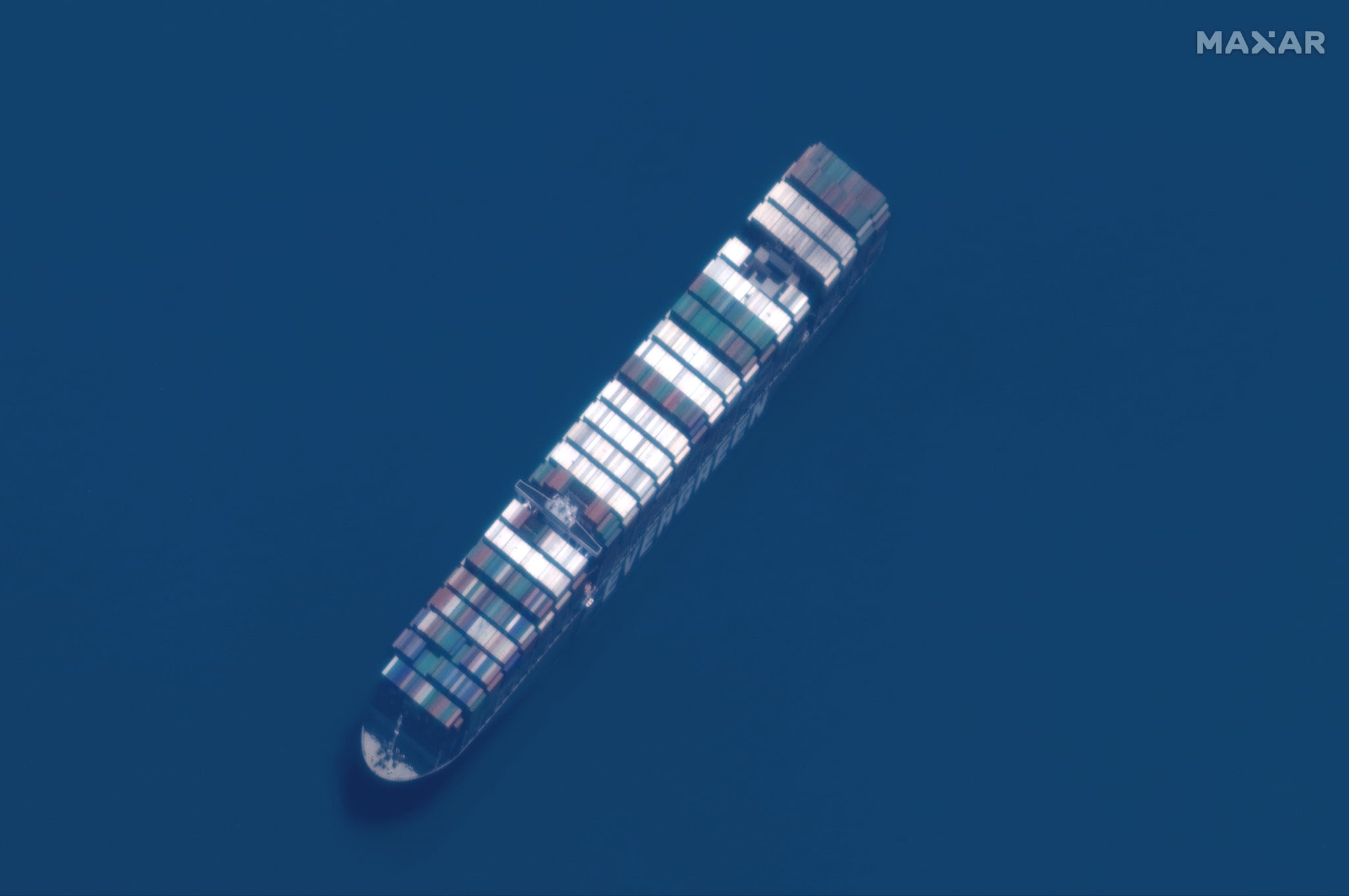 The 200,000-tonne MV Ever Given got diagonally stuck in the narrow.

The Japanese owner of a megaship seized after blocking the Suez Canal has said it is negotiating with Egyptian authorities after they demanded $900 million in compensation for its release.

The 200,000-tonne MV Ever Given got diagonally stuck in the narrow but crucial global trade artery in a sandstorm on March 23, triggering a mammoth six-day-long effort to dislodge it.

Maritime data company Lloyd’s List said the blockage by the vessel, longer than four football fields, held up an estimated $9.6 billion-worth of cargo between Asia and Europe each day it was stuck.

Egypt also lost between $12 and $15 million in revenues for each day the waterway was closed, according to the canal authority.

The MV Ever Given was later seized “due to its failure to pay $900 million” compensation, Suez Canal Authority chief Osama Rabie was quoted as saying by the state-run Al-Ahram newspaper.

Its fate is “now… in the legal arena,” a spokeswoman for the ship’s owner Shoei Kisen Kaisha told AFP Wednesday.

An unnamed spokesperson was also quoted by Japan’s Jiji Press agency as saying the firm was “at odds with the canal authority in talks over the appropriate amount (of compensation)” but that discussions were ongoing.

The Japanese-owned, Taiwanese-operated and Panama-flagged ship was moved to unobstructive anchorage in the canal after it was freed on March 29, and tailbacks totalling 420 vessels at the northern and southern entrances to the canal were cleared in early April.

The compensation figure was calculated based on “the losses incurred by the grounded vessel as well as the flotation and maintenance costs” Rabie said, citing  a ruling handed down by the Ismailia Economic Court in Egypt.

The grounding of the ship and the intensive salvage efforts are also reported to have resulted in significant damage to the canal.

The Suez Canal earned Egypt just over $5.7 billion in the 2019/20 fiscal year, according to official figures — little changed from the $5.3 billion earned back in 2014.

Alia Bhatt celebrates testing negative for Covid-19 with a new photo: ‘Only time being negative is a good thing’