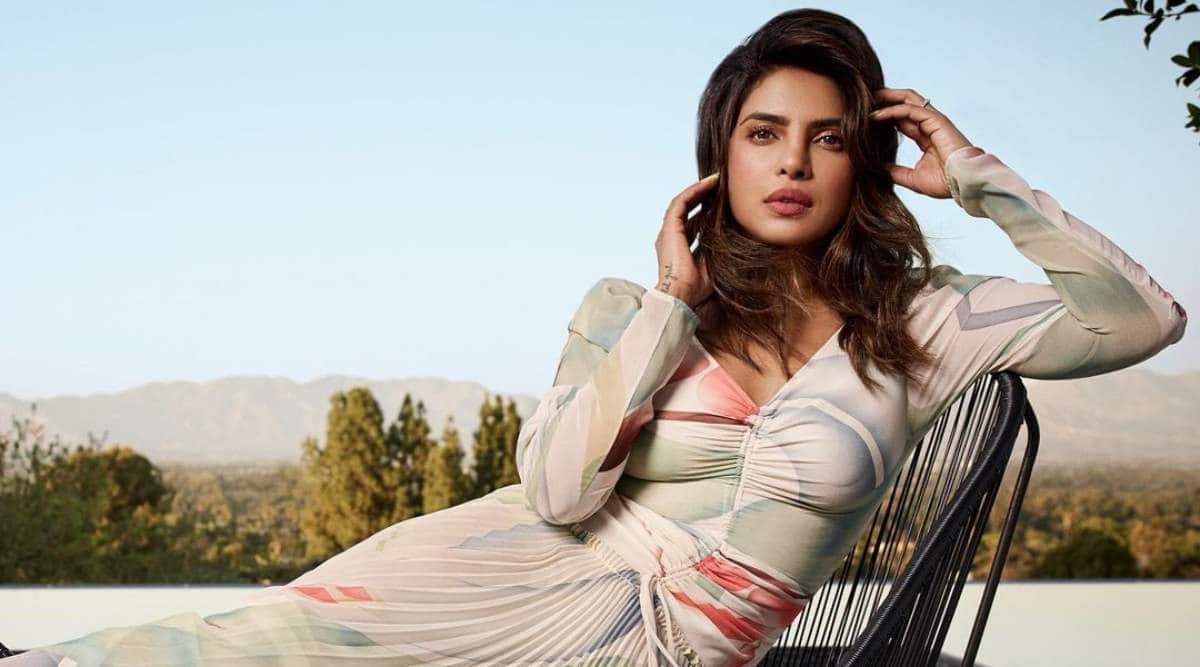 Priyanka reveals she’ll be seen in Bollywood movie ‘next year’, gives funny reply to fan on not inviting him to her wedding

Priyanka Chopra, whose last Bollywood film released in 2019, will be seen in a Bollywood film next year, the actor revealed during a ‘Ask Me Anything’ session on Twitter which she conducted on Friday. After a fan asked her what is her next Bollywood movie, she replied, “Next year!!!”

The Indian global star, PeeCee, was last seen in Shonali Bose’s The Sky Is Pink. She shared the screen with actors Farhan Akhtar, Zaira Wasim and Rohit Saraf in the movie that was the story of a family who deals with the medical condition of their teenage daughter.

Priyanka invited her fans for an AMA session on Twitter during a break on the sets of her next project. She tweeted, “Have a break on set. Who is up for a quick qna #AskPCJ let’s goooooo!” One of her fans asked her about her experience of shooting with actor Richard Madden. Priyanka replied, “[email protected]_richardmadden is the best. So much fun @gandhirks #Citadel.”

.@_richardmadden is the best. So much fun @gandhirks #Citadel https://t.co/4CfXJSWss1

Priyanka is working with the Games of Thrones star Madden in the Russo Brothers Amazon series Citadel. The first few pictures of Priyanka with Madden from the set of Citadel hinted at their chemistry.

The actor started working on Citadel in January this year. Before beginning Citadel, she finished shooting for rom-com Text For You. Priyanka will also be seen in Matrix 4. Helmed by Lana Wachowski, the film also stars Keanu Reeves, Carrie-Anne Moss, Yahya Abdul-Mateen II and Neil Patrick Harris.

When a fan asked her why she didn’t invite him to her wedding, Priyanka had a funny reply. She tweeted, ”

I’m sorry @santoshpatnaik I guess I don’t know you so that could have been a contributing factor. 🤣 https://t.co/NTaKEzIoFU

She also engaged with fans on questions revolving around her book Unfinished.

Yes it did but im only here for the love and support. I don’t hear the rest. Thx for all the fun videos vibhanshu @VersoVibh_ https://t.co/wQdvK0Mmm8

Congratulations @SarmistaBiswas8 I hope my book finds a place in your store. I think making sure you keep delivering and engaging with your customer base is most helpful in my experience. Make it an intimate relationship with them ! Good luck! https://t.co/Fi6B7wDveV

Apart from the movies, Priyanka Chopra Jonas has also opened a New York-based Indian restaurant, Sona. She announced its opening on Friday and wrote a gratitude note for her team, and husband Nick Jonas, who helped her in realising her dream.

Fire Breaks Out In Basement Of Commercial Building In South Mumbai

Deepika Padukone points out Ranveer Singh ‘flexing’ on Instagram, he jokes, ‘I will bench-press you’

BJP condemned a Mahatma Gandhi look-alike Mahisasura at a Durga Puja pandal in KolkataKolkata: The BJP today said while it...