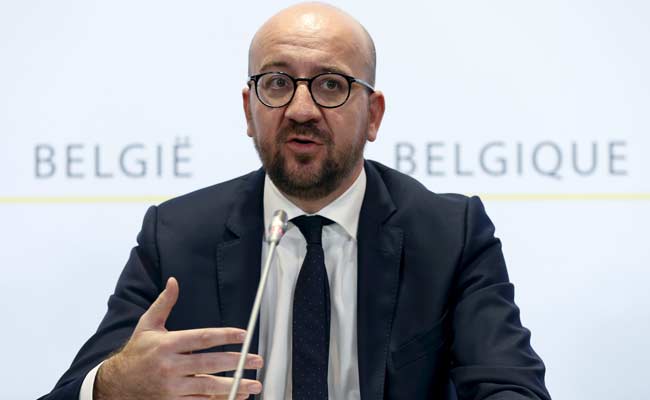 “This region has become a global economic and political centre of gravity,” Charles Michel (File)

In many ways, the path of the future world order will be set in the Indo-Pacific region as it has become a global economic and political centre of gravity, President of EU Council Charles Michel said on Wednesday.

In an address at the Raisina Dialogue, he also said that the European Union’s partnership with India is a cornerstone of the bloc’s geopolitical strategy and it is determined to further develop the ties.

“It is in our common interest to show that the democratic and open model is the most powerful one to address the challenges of the world,” he said

Referring to key geopolitical developments, he said the European Union (EU) has a large stake in the freedom, openness and stability of the Indo-Pacific and it is going to have a strategic approach for the region.

Michel said the EU is not just an economic partner in the Indo-Pacific but is determined to play its role in the security of the region.

“In many ways, the path of the future world order will be set in the Indo-Pacific region. This region has become a global economic and political centre of gravity, and the EU is closely linked to it, through trade, investment and mobility,” he said at the virtual conference.

“We have a large stake in its freedom, openness and stability. The EU is about to set out for the first time a comprehensive, strategic approach to your region,” he added.

Elaborating on India-EU ties, Michel said as the two largest democracies in this challenging landscape, both are key partners in making the world a better, fairer and safer place.

“It is in our mutual interest to maximise the untapped potential of trade and investment between our two major economies. Concretely, we propose to focus on four strands of cooperation: COVID-19; climate change; economic cooperation; and security and peace,” he said.

Describing the EU as a key trading partner of India, Michel said the grouping is ready to develop the huge potential for more trade, jobs and growth.

“This will make our economies more resilient,” he said.

The top EU official said the grouping is engaged in securing peace in Afghanistan and called for restoring the democratic process in Myanmar.

“On Iran, the EU played a key role and we remain a strong defender of the JCPOA (Joint Comprehensive Plan of Action),” he said.

The JCPOA is a pact finalised in 2015 between Iran and several world powers including the EU. It was aimed at curbing Iran’s nuclear ambitions. The US had withdrawn from the deal in May 2018. There have been fresh efforts now to restore the deal.

“Nuclear proliferation is still a major concern, including the nuclear activities of North Korea. Some 40 percent of our trade passes through the Indian Ocean. So, we have a strong interest in maritime security in the region,” said Michel.

"Time To End Forever War": Joe Biden To Begin US Afghanistan Exit On May 1