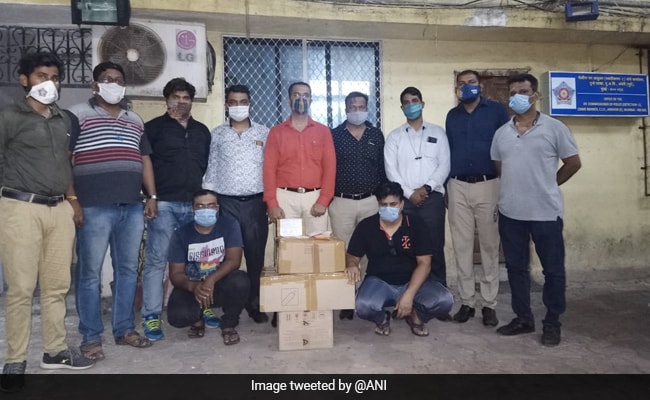 The man was caught by the Crime Branch at Andheri (East) on Thursday, an official said.

A 22-year-man was caught with a dozen 12 vials of Remdesivir, a key medicine in treatment of coronavirus, in Mumbai, police said on Friday.

The man, Sarfaraz Hussain, was caught by the Crime Branch with the injections at Andheri (East) on Thursday evening, an official said.

According to the official, the Crime Branch laid a trap after getting information abut the man trying to sell the anti-viral drug in the black market.

During a search, the Crime Branch found at least 12 vials of Remdesivir in his possession, he said, adding it was not yet known whom he was going to deliver the injections which were seized.

With Maharashtra witnessing a spurt in COVID-19 cases, Remdesivir injections are in high demand in the state.

On Thursday, the Maharashtra government capped the price of Remdesivir between Rs 1,100 and Rs 1,400 per vial and warned against its hoarding and black marketing.