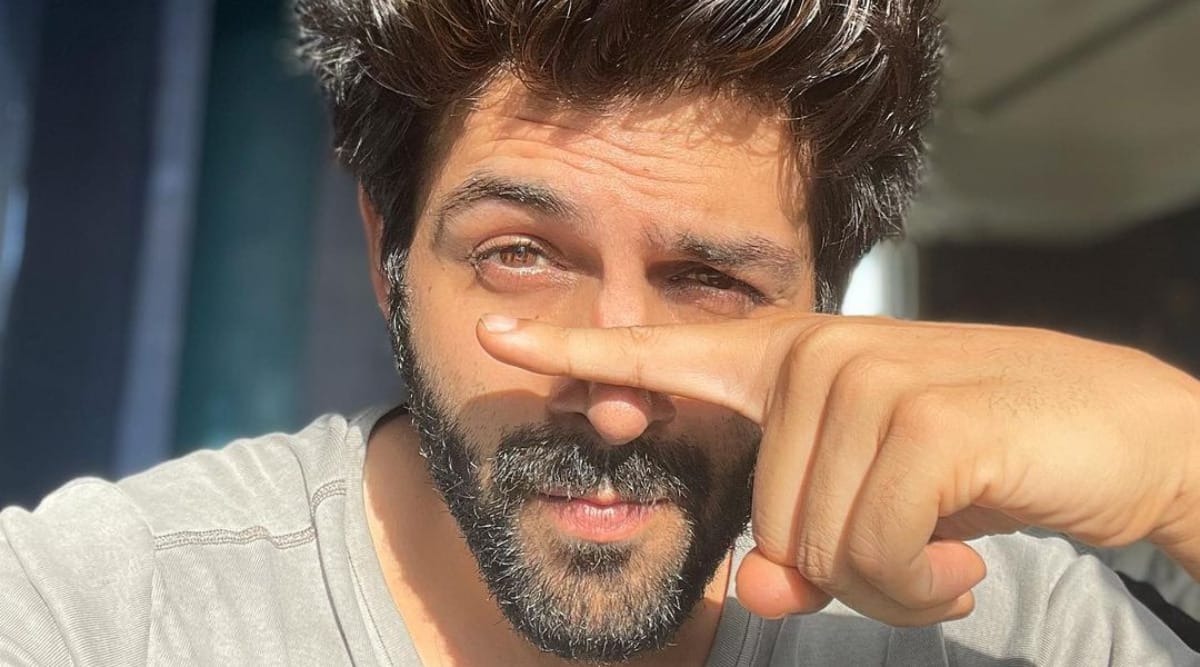 Kartik Aaryan is a relieved man, as his coronavirus test reports came negative on Monday. The actor, who has been in quarantine for two weeks shared a selfie on his Instagram informing fans about the happy news. Referring to Ram’s exile in the Ramayan, Kartik, in a candid mood, wrote, “14 din ka vanvaas khatam.” He added that he will be back to work now.

The Pyaar Ka Punchnama actor shared a sun-kissed photo of himself, as he made a negative sign. He captioned it, “Negative ➖ 14 din ka vanvaas khatam 🕺🏻 Back to work 🦥.”

As fans showed excitement and love to the news, designer Manish Malhotra also posted a thumbs up and love struck smiley on Kartik’s post.

Yesterday, the actor had shared a throwback picture of himself standing outside his vanity van, and wrote, “Waiting for my Report 🐈➕➖.”

In an Instagram story, while sharing that he tested negative, Kartik Aaryan added that he is now passing the baton to his Pati, Patni Aur Woh co-star Bhumi Pednekar. On Monday, Bhumi shared on social media that she has tested positive. Her Mr Lele co-actor Vicky Kaushal too tested positive and the two are currently in home quarantine.

Kartik Aaryan shared a happy selfie on Instagram after testing negative for Covid-19.

Kartik Aaryan tested positive for Covid-19 on March 22, a couple of days after he walked the ramp for Manish Malhotra at the Lakme Fashion Week. Sharing his health update, the actor had even asked fans to pray for him. Throughout his quarantine period, Kartik’s social media game remained strong as he kept sharing some hilarious content around his present situation.

While in one post he showed off his ‘glowing tvacha’, in another, he was happy with night curfew for Mumbaikars, given he was in a ‘lockdown’ like situation. Sharing a picture of himself doing a handstand, he even wrote, “Covid ke baad se sab ulta dikh raha hai!!😷”. And when producer Ekta Kapoor asked about health in the post, he replied, “Ghar baithe kum kum bhagya dekh raha hu and getting better 👶🏻.”

On the work front, Kartik has Bhool Bhulaiyaa 2 for release, which is a Anees Bazmee directorial. He will also be sharing the screen space with Janhvi Kapoor in Dostana 2.