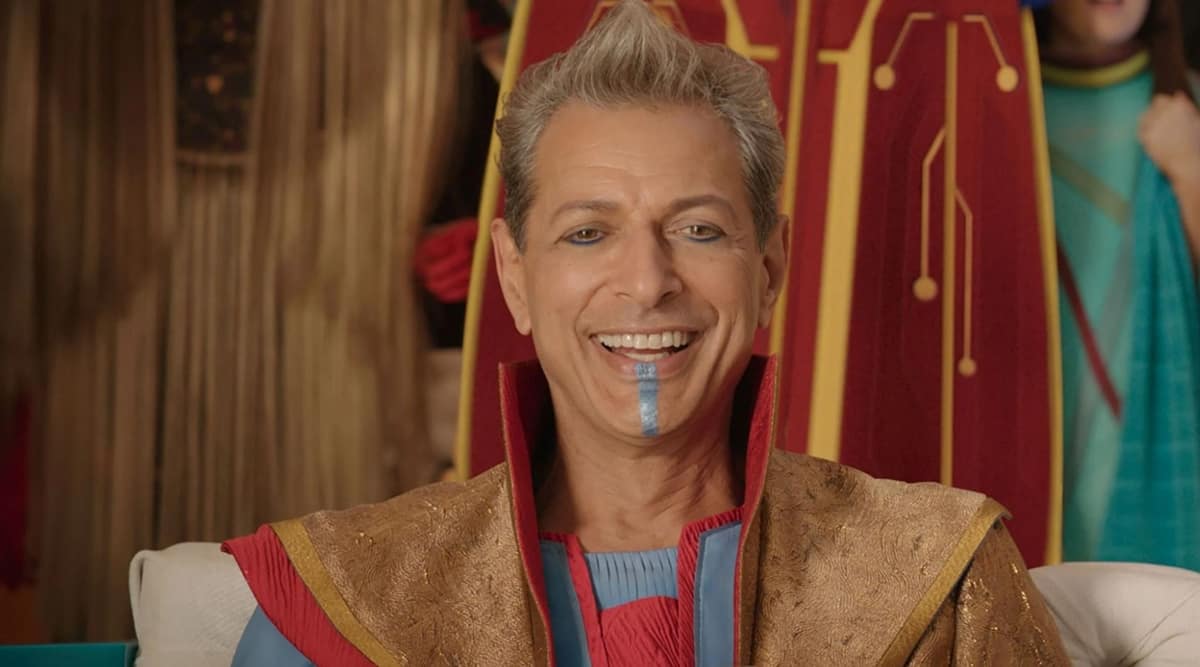 It seems we might see the Grandmaster, the mad ruler of Sakaar, once again in MCU, specifically Thor: Love and Thunder.  Actor Jeff Goldblum, who played the role in Thor: Ragnarok, was spotted enjoying a rugby game with director Taika Waititi and Chris Hemsworth in photos which are now online.

An image, shared by Wide World of Sports, showed Goldblum in the spectator’s stands with Waititi and Hemsworth, watching a rugby game. Russell Crowe, who is also playing a yet unspecified part in the MCU film, was also with them.

Grandmaster is the ruler of Sakaar, a planet full of universe’s refuse and in which Thor found himself stranded after his first encounter with Hela. Apart from ruling the planet, Grandmaster also oversees gladiatorial duels in which warriors around the universe fight to death for his entertainment.

The deranged Grandmaster was deemed one of the best things about Ragnarok, both funny and horrifying.

Thor: Love and Thunder will see Natalie Portman not only reprising the role of Jane Foster, but also taking up the mantle of Thor or Goddess of Thunder by wielding Mjolnir, Thor’s divine hammer.

The film also brings back Chris Hemsworth’s own God of Thunder. Tessa Thompson’s Valkyrie will make a comeback too, and Waititi will reprise the fan-favourite character, the Kronan warrior Korg.

In addition to these, the Guardians of the Galaxy will also appear in the movie. In Avengers: Endgame, Thor was seen hitching a ride with the Guardians. Jaimie Alexander will essay Lady Sif from the first two Thor movies.

Christian Bale, who has earlier played the role of Batman in Christopher Nolan’s Dark Knight trilogy, will play the role of the film’s main villain Gorr the God Butcher. Thor: Love and Thunder is scheduled for release on February 11, 2022.

Sensex, Nifty Off Day’s Highs Weighed Down By Weakness In Financials

Sensex, Nifty Off Day's Highs Weighed Down By Weakness In Financials

Anupam Kher: ‘Kirron has been diagnosed with multiple myeloma, a type of blood cancer’