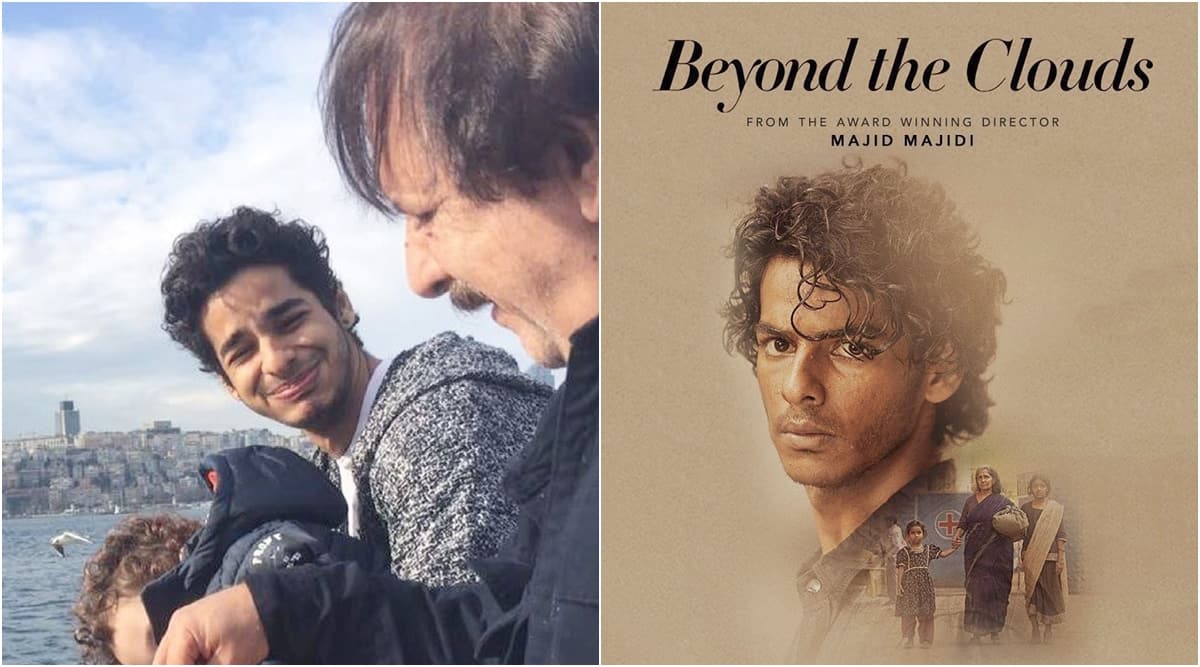 Ishaan Khatter’s heartfelt birthday wish for Beyond the Clouds director Majid Majidi: ‘Thank you for setting the foundation of my journey in films’

Actor Ishaan Khatter, who made his acting debut as a lead actor with critically acclaimed film Beyond the Clouds (2017), has written a heartfelt post for his director Majid Majidi. Taking to Instagram on Saturday, the young star wished Majidi on his birthday and thanked for believing in him.

Ishaan posted a click with Iranian filmmaker in which the two are caught in a candid moment on a ship by the sea. In his caption, he wrote, “Happy birthday Magic Majidi. This image was taken in Istanbul on the beautiful Bosporus river a day before I received my first best actor award for #BeyondTheClouds. Safe to say I wasn’t expecting it, especially not after they’d just honoured the great auteur Béla Tarr minutes before. Gosh I looked like such a kid then, and it was barely 3 years ago. Even then he saw in me something that only he could and entrusted me with the role of Amir which made me realise I have no business second guessing and questioning myself, if I was chosen by him. Thank you for giving me so much to remember and setting the foundation of my journey in films so beautifully. Love and respect always, Agha Majidi. P.S- he was feeding the birds and his lil cherubic grandson Roozbeh kept trying to leap out of my arms and off the ship to fly with the birds I guess 😄 that’s what we were laughing about..”

Beyond the Clouds also starred Malavika Mohanan, Gautam Ghose, GV Sharada and Tannishtha Chatterjee, among others. The movie received a lot of global praise and was screened at various international platforms, including International Film Festival of India.

For the portrayal of his character in the 2018 release, Ishaan received several honours, including his first Filmfare Award for Best Debut for the film.

On the work front, the actor was last seen in Khaali Peeli. His next project is Phone Bhoot co-starring Katrina Kaif and Siddhant Chaturvedi.

Palm oil: What is it and should you consume?

Priyanka Chopra to launch Kabir Bedi’s autobiography Stories I Must Tell that’ll explore ‘the story of his making, breaking and re-making’