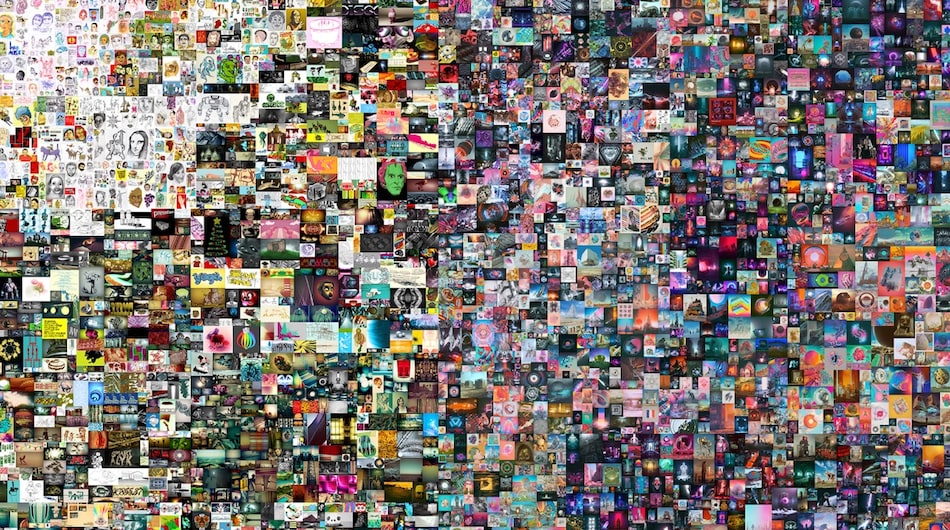 Metapurse, a crypto-exclusive fund, recently bought ‘Everydays – The First 5000 Days’ – a jpeg file – by an artist who goes by the pseudonym Beeple for $69.3 million (roughly Rs. 503 crores). Metapurse was created by Metakovan – also a pseudonym – and his partner Twobadour. Now, Metapurse has shared a blog post explaining the story behind their fund and their appreciation for NFTs or Non Fungible Tokens. The post also reveals the first names of the two investors as Vignesh (Metakovan) and Anand (Twobadour), who are both immigrants to Singapore, from Tamil Nadu.

Metapurse spent $69.3 million in a first-of-its-kind auction at Christie’s to purchase a jpeg file, a virtual mosaic which is a collage of artworks created by artist Mike Winkelmann (Beeple), who has been creating a new digital picture every single day since 2007. This became the third costliest artwork in the world ever and was purchased pseudonymously by the investors, who then revealed themselves on Clubhouse, before writing a detailed Substack post about it as well.

Even though the artwork is a simple jpeg file that can be downloaded by anyone, it is actually rightfully owned by Metapurse thanks to blockchain authentication. In the blog post, Metakovan and Twobadour explained how they used their pseudonyms, and that Indians and people of colour could also become patrons through cryptocurrency and NFTs.

As per the blog, Vignesh and Anand came up with these pseudonyms to protect their real identities and create personas that “need not be one person or have just one purpose.” Metakovan discovered crypto in early 2013 and started offering escrow services which turned into an exchange called Coins-e. Metakovan sold Coins-e in May 2014 and went on to co-found BitAccess and install Bitcoin ATMs. Vignesh sold the first BTM (Bitcoin ATM) to Anthony Di Iorio, a co-founder of Ethereum.

“The Ethereum ICO allowed me, an unknown, to invest in it. This investment would turn out to become a large sum of money in due course. And I didn’t stop there,” the post by Metapurse explained.

Metakovan used crypto as an opportunity to build wealth and start Metapurse with investments in NFTs  that range from gaming assets to art, including the Beeple 5000. In 2017, Metakovan worked with Twobadour on the Lendroid Foundation – a company limited by guarantee (CLG) – in Singapore. Then in 2020 during the lockdown, the duo discovered NFTs.

Metapurse identifies projects in their early-stages across blockchain, finance, art, unique collectibles, and virtual estate. The blog explains, “Digital decentralisation enables cultural decentralisation. Anyone can create NFT art, anyone can buy it, anyone can see it, and anyone can be inspired by it. Dominant cultures have a tendency to imperialize, to centralize. We see the global Metaverse as an antidote to this tendency.” Metapurse represents Metakovan’s collection of NFTs and investments. It previously purchased 20 single edition art pieces by Beeple for $2.2 million (roughly Rs. 15.96 crores). It the ventured into virtual real estate, and most recently, bought the Beeple 5000 worth $69.3 million.

Imran Khan Tests Positive For Covid, 2 Days After Getting Vaccinated

Coinbase Settles With CFTC for $6.5M Over Old Trading Practices

Coinbase Settles With CFTC for $6.5M Over Old Trading Practices