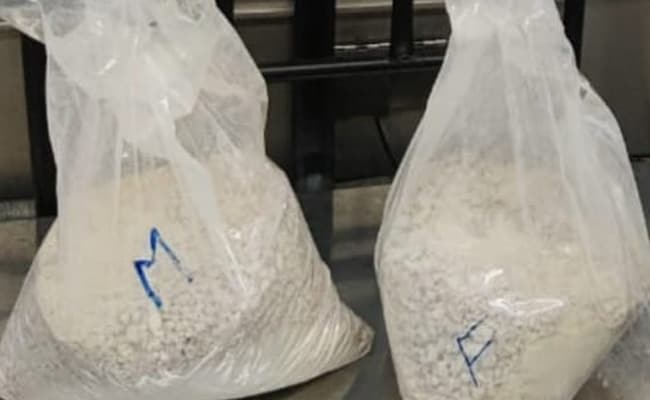 A finance ministry release said two Zambian passengers, who arrived at IGI Airport on Thursday from Johannesburg, via two different Qatar Airways flights, were intercepted by the Customs officers after they crossed the green channel and were approaching the exit gate.

On the basis of profiling of sensitive routes and origins, they were asked whether they were carrying any contraband goods and they refused.

To verify their statements, they were subjected to Door Frame Metal Detector (DFMD) examination in which nothing objectionable was noticed.

The release said their baggage was scanned through the X-ray Baggage Inspection Machine in which some suspicious and objectionable images were noticed.

On detailed examination of their baggage before two independent witnesses, 14 kg of white colour powder (granules) was recovered seven kg each) which was concealed in especially cavities of their checked-in baggage.

“The value of the recovered substances, suspected to be heroin was estimated to be Rs 98 crore. During interrogation they accepted their guilt,” the release said.

The recovered goods and concealing and packing materials were seized under the NDPS Act, 1985.

Vin Diesel on Fast and Furious 9: Feels incredible to be part of something that’ll bring the world together