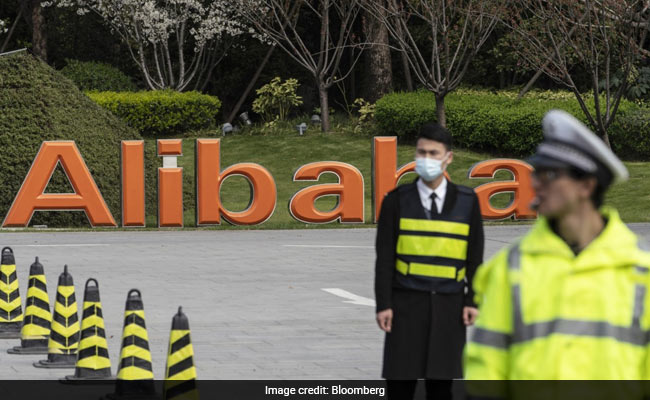 For Alibaba, the $2.8 billion fine was less severe than many feared.

After China imposed a record antitrust fine on Alibaba Group Holding Ltd., the e-commerce giant did an unusual thing: It thanked regulators.

“Alibaba would not have achieved our growth without sound government regulation and service, and the critical oversight, tolerance and support from all of our constituencies have been crucial to our development,” the company said in an open letter. “For this, we are full of gratitude and respect.”

It’s a sign of how odd China’s crackdown on the power of big tech has been compared with the rest of the world. Mark Zuckerberg and Tim Cook would likely not express such public gratitude if the U.S. government were to hit Facebook Inc. or Apple Inc. with record antitrust fines.

Almost everything about China’s regulatory push is out of the ordinary. Beijing regulators wrapped up their landmark probe in just four months, compared with the years that such investigations take in the U.S. or Europe. They sent a clear message to the country’s largest corporations and their leaders that anti-competitive behavior will have consequences.

For Alibaba, the $2.8 billion fine was less severe than many feared and helps lift a cloud of uncertainty hanging over founder Jack Ma’s internet empire. The 18.2 billion yuan penalty was based on just 4% of the internet giant’s 2019 domestic revenue, regulators said. While that’s triple the previous high of almost $1 billion that U.S. chipmaker Qualcomm Inc. handed over in 2015, it’s far less than the maximum 10% allowed under Chinese law. Alibaba’s shares rose 5.5% Monday morning in Hong Kong.

“We’re happy to get the matter behind us,” Joseph Tsai, co-founder and vice chairman, said on an investor call on Monday. “These regulatory actions are undertaken to ensure fair competition.”

The fine came with a plethora of “rectifications” that Alibaba will have to put in place — such as curtailing the practice of forcing merchants to choose between Alibaba or a competing platform — many of which the company had already pledged to establish. But Tsai said regulators won’t impose radical changes to its e-commerce strategy.

“They’re affirming our business model,” he said. “This kind of model is good for the growth of the country’s economy and helps innovation.”

He said the company is unaware of any other antitrust investigations into the company, except for a previously discussed probe into acquisitions and investments by Alibaba and other tech giants.

The Hangzhou-based firm “has escaped possible outcomes such as a forced breakup or divestment of assets. The penalty will not shake up its business model, either,” said Jet Deng, an antitrust lawyer at the Beijing office of law firm Dentons.

Beijing remains intent on reining in its internet and fintech giants, a broad campaign that’s wiped more than $250 billion off Alibaba’s valuation since October. The e-commerce giant’s speedy capitulation underscores its vulnerability to further regulatory action — a far cry from just six years ago, when Alibaba openly contested one agency’s censure over counterfeit goods on Taobao and eventually forced the State Administration for Industry and Commerce to backtrack on its allegations. 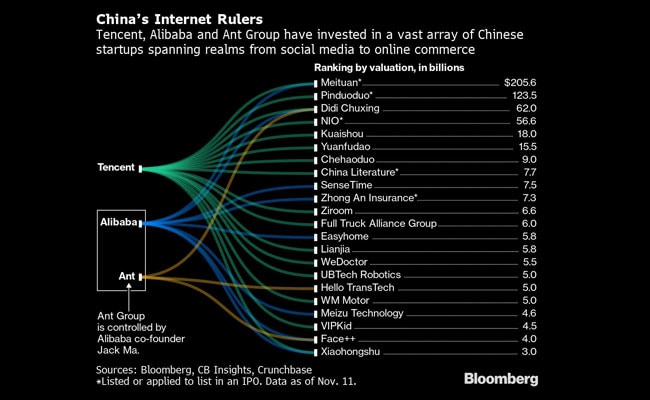 Beyond antitrust, government agencies are said to be scrutinizing other parts of Ma’s empire, including Ant Group Co.’s consumer-lending businesses and Alibaba’s extensive media holdings. And the shock of the crackdown will continue to resonate with peers from Tencent Holdings Ltd. and Baidu Inc. to Meituan, forcing them to tread far more carefully on business expansions and acquisitions for some time to come.

China’s record fine on Alibaba may lift the regulatory overhang that has weighed on the company since the start of an anti-monopoly probe in late December. The 18.2 billion yuan ($2.8 billion) fine, to penalize the anti-competitive practice of merchant exclusivity, is equivalent to 4% of Alibaba’s 2019 domestic sales. Still, the company may have to be conservative with acquisitions and its broader business practices.
— Vey-Sern Ling and Tiffany Tam, analysts

The investigation into Alibaba was one of the opening salvos in a campaign seemingly designed to curb the power of China’s internet leaders, which kicked off after Ma infamously rebuked “pawn shop” Chinese lenders, regulators who don’t get the internet, and the “old men” of the global banking community. Those comments set in motion an unprecedented regulatory offensive, including scuttling Ant’s $35 billion initial public offering. 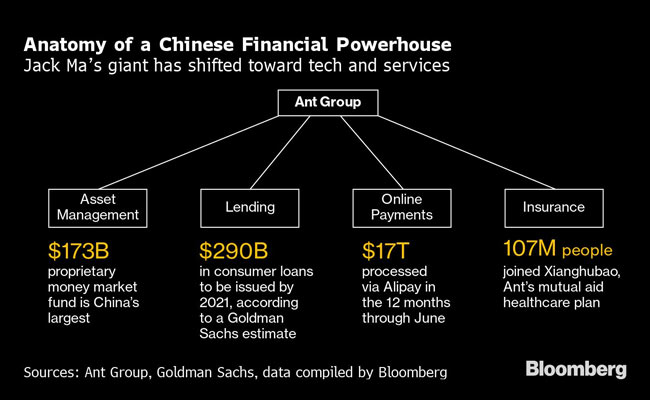 It remains unclear whether the watchdog or other agencies might demand further action. Regulators are said, for instance, to be concerned about Alibaba’s ability to sway public discourse and want the company to sell some of its media assets, including the South China Morning Post, Hong Kong’s leading English-language newspaper.

China’s top financial regulators now see Tencent as the next target for increased supervision, Bloomberg News has reported. And the central bank is said to be leading discussions around establishing a joint venture with local technology giants to oversee the lucrative data they collect from hundreds of millions of consumers, which would be a significant escalation in regulators’ attempts to tighten their grip over the country’s internet sector.

“The high fine puts the regulator in the media spotlight and sends a strong signal to the tech sector that such types of exclusionary conduct will no longer be tolerated,” said Angela Zhang, author of “Chinese Antitrust Exceptionalism” and director of the Centre for Chinese Law at the University of Hong Kong. “It’s a stone that kills two birds.”

For now, it appears investors are just glad it wasn’t worse. In its statement, the State Administration for Market Regulation concluded Alibaba had used data and algorithms “to maintain and strengthen its own market power and obtain improper competitive advantage.” Its practice of imposing a “pick one from two” choice on merchants “shuts out and restricts competition” in the domestic online retail market, according to the statement.

The firm will be required to implement “comprehensive rectifications,” including strengthening internal controls, upholding fair competition and protecting businesses on its platform and consumers’ rights, the regulator said. It will need to submit reports on self-regulation to the authority for three consecutive years.

The company will have to make adjustments but can now “start over,” Zhang wrote in a memo to Alibaba’s employees Saturday.

“We believe market concerns over the anti-monopoly investigation on BABA are addressed by SAMR’s recent decision and penalties,” Jefferies analysts wrote in a research note entitled “A New Starting Point.”

Indeed, The People’s Daily said in its commentary Saturday that the punishment was intended merely to “prevent the disorderly expansion of capital.”

Sensex Crashes Over 1,100 Points, Nifty Below 14, Dragged By Banks