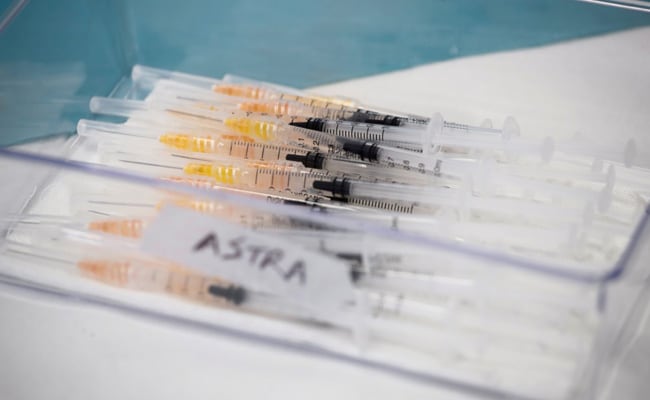 Four Died In Italy Due To Rare Blood Clots After AstraZeneca Shots: Report

AstraZeneca has said it is working to understand individual cases. (File)

Four people died in Italy from rare blood clots after they received the AstraZeneca COVID-19 vaccine, a report from the AIFA national pharmaceutical agency said on Thursday.

The AIFA report said various side-effects were seen following 0.5% of the 9.07 million doses administered between Dec. 27 and March 26, with all three vaccines so far used, by manufacturers Pfizer, AstraZeneca and Moderna, reported to have triggered unwelcome reactions.

Severe side-effects were registered in 0.04% of cases.

Mild side-effects have been reported after use of all three vaccines, the AIFA report said, adding most involved flu-like symptoms, pain in the injection site and tiredness.

Like many European countries, Italy briefly halted AstraZeneca inoculations last month when blood clot concerns surfaced. It has since resumed them for those aged 60 and above after EU regulators said the benefits outweighed the risks.

AstraZeneca has said it is “working to understand individual cases and “possible mechanisms that could explain these extremely rare events”.

Jennifer Lopez and Alex Rodriguez officially call off engagement: ‘We are better as friends’