Fan asks Janhvi Kapoor if they can kiss, actor puts on a mask to reply

Janhvi Kapoor had an ‘Ask Me Anything session’ on Instagram, and the actor was true to her promise that she will let her fans ‘ask awayy’. Janhvi shared her hair care routine, her favourite OTT series, her favourite memory of travelling, her diet routine and her nickname on the sets.

When a fan asked Janhvi for a kiss, the actor had a perfect reply. The actor shared a photo in which she is wearing a facemask and wrote, ‘No’.

She also revealed that she is called ‘Fatty Kapoor’ on the sets. Janhvi Kapoor shared with her fans that her Gunjan Saxena: The Kargil Girl co-star Pankaj Tripathi is her favourite.

Asked what is her favourite travel memory, she shared a click of her parents Sridevi and Boney Kapoor and wrote, “Road tripping around the South of France a couple of years ago.” 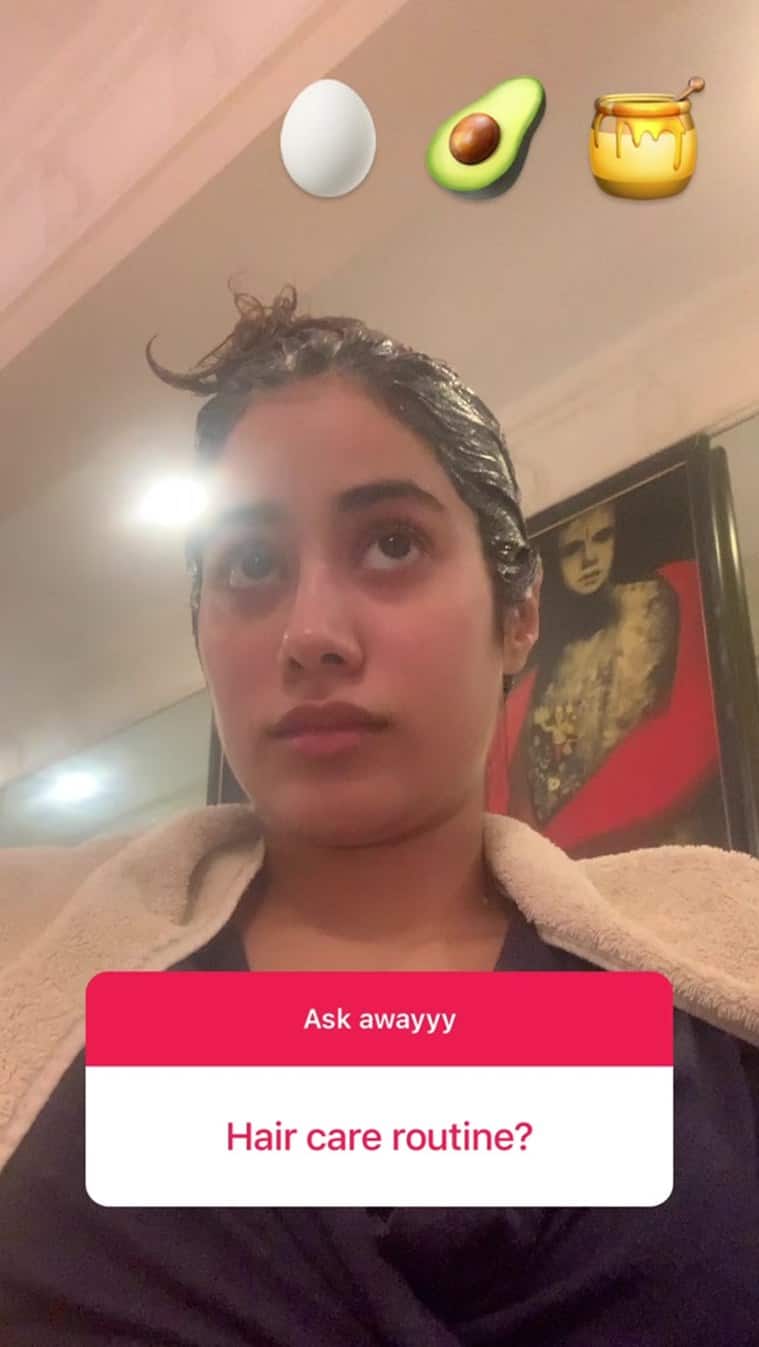 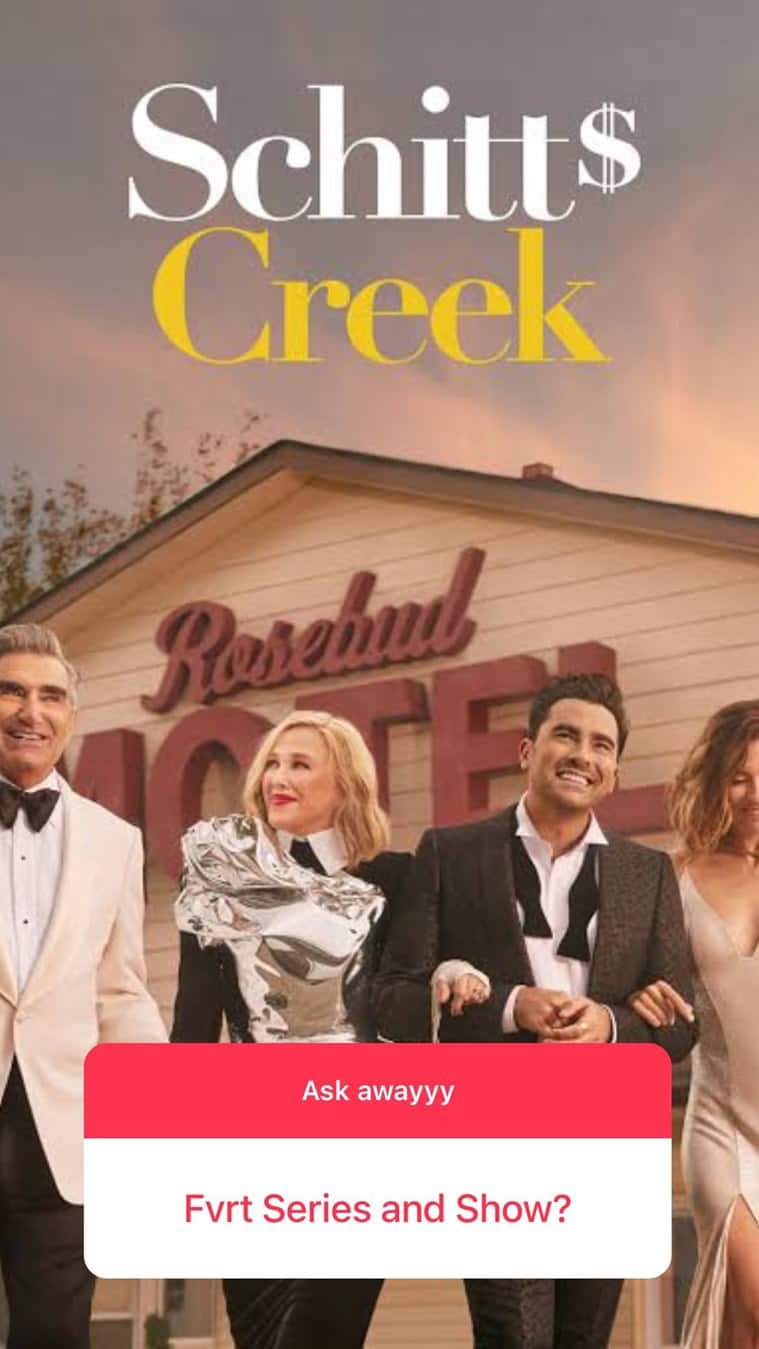 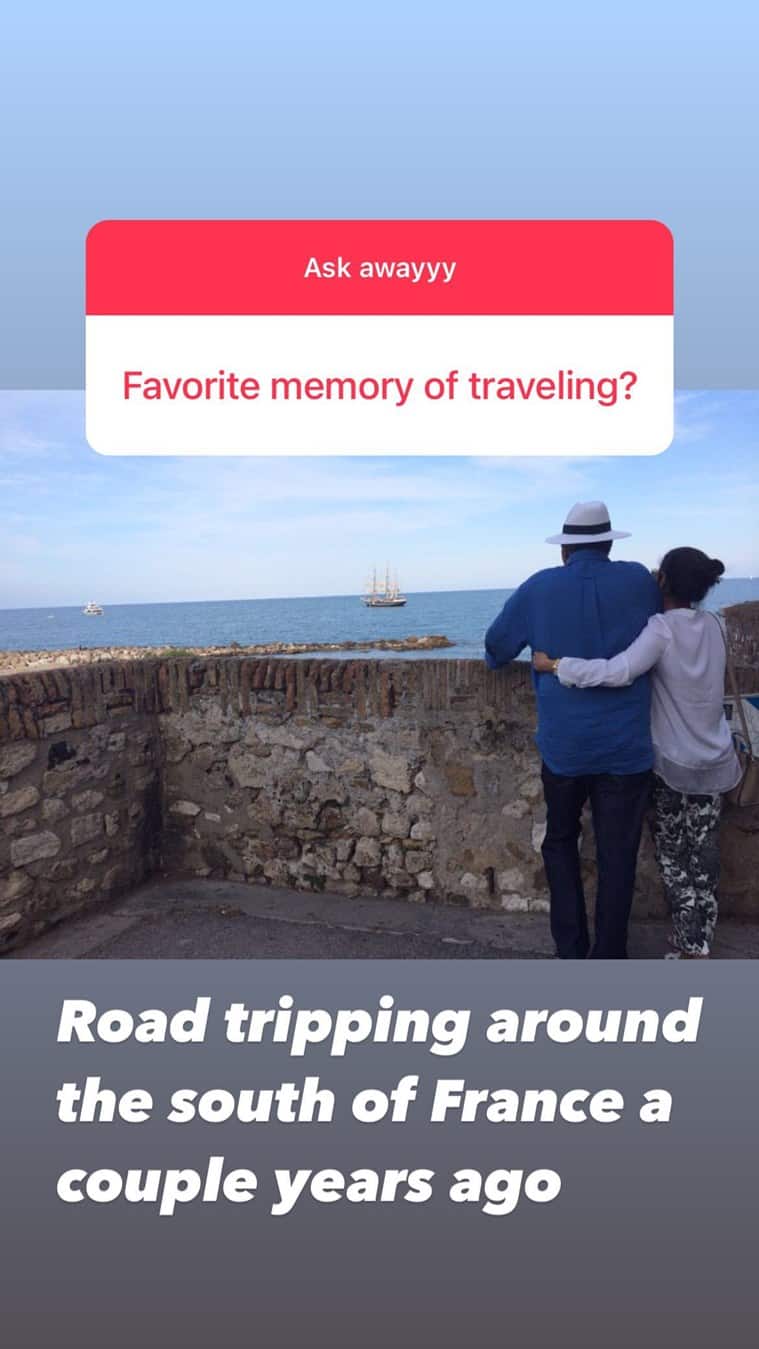 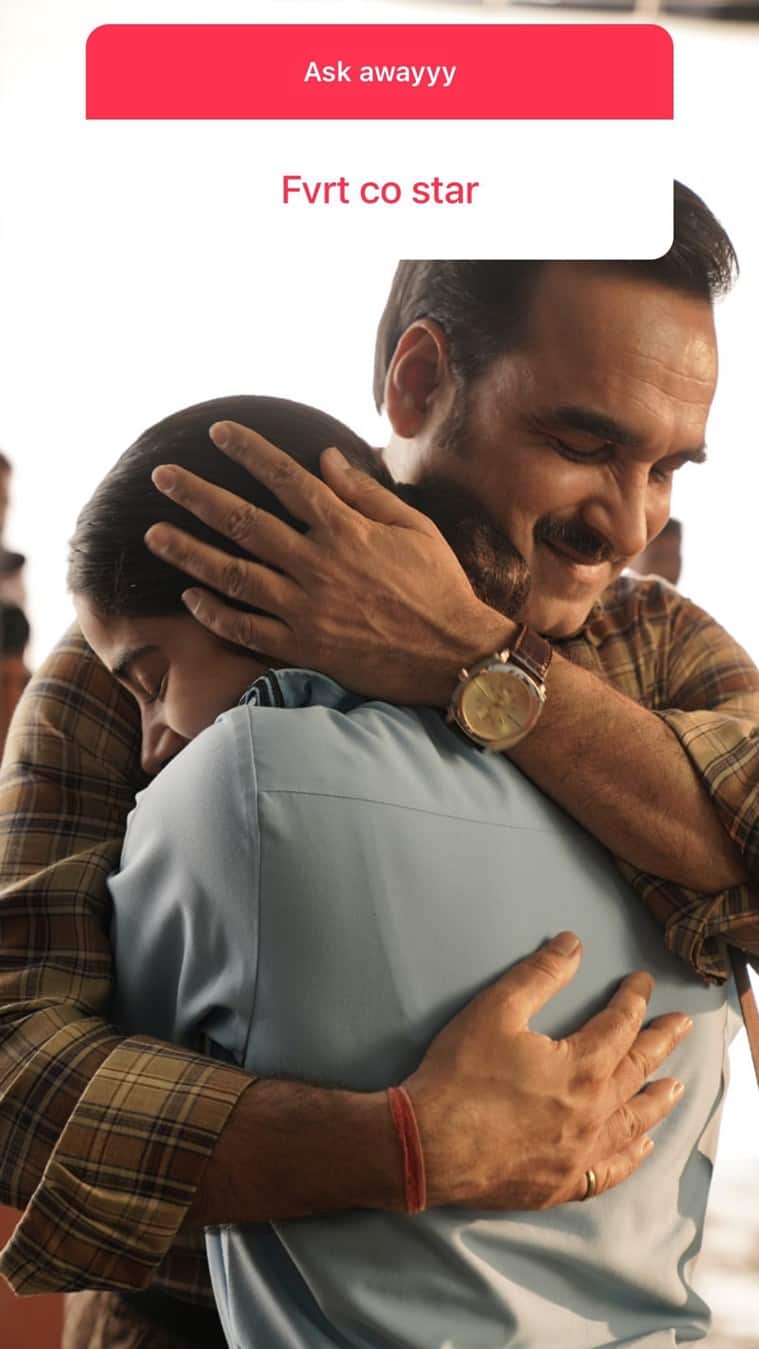 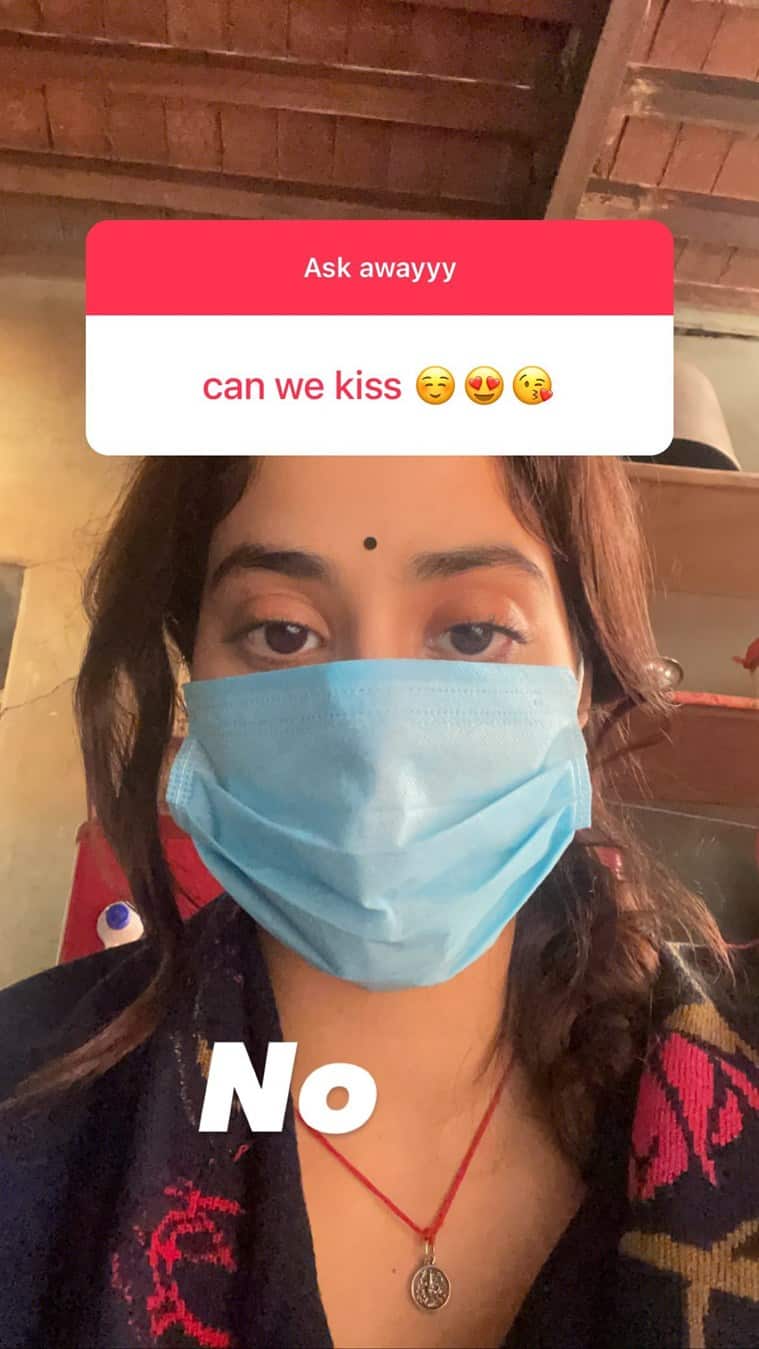 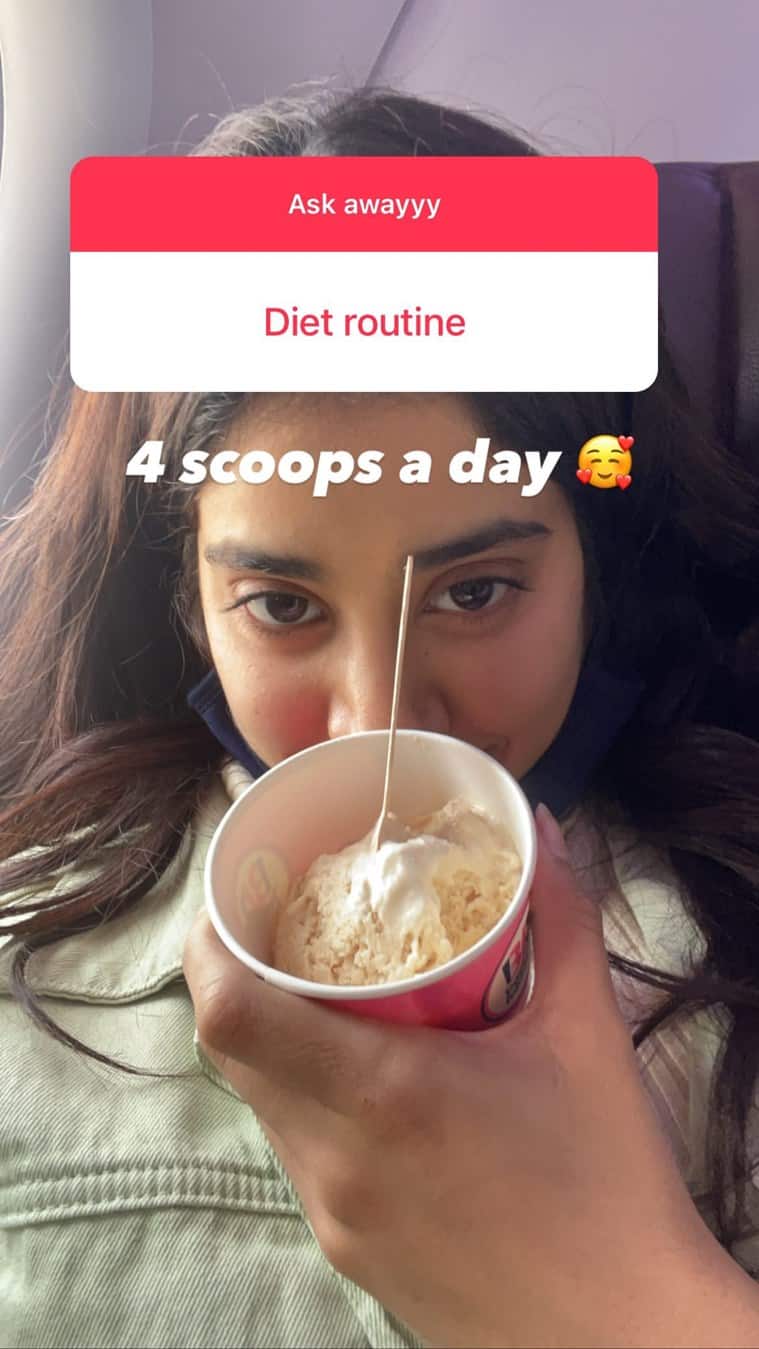 But among all the best was when she was asked, “How to stop being anxious,” the actor wrote, “Hug a pillow and sing sad songs,” and shared a video where she is singing (rather trying hard to sing,) Jab We Met’s song “Aaoge Jab Tum O Sajna,” and also asks, “Kab aayega.”

On the work front, Janhvi was last seen in Roohi and has just wrapped up shooting for her next film Good Luck Jerry. The film is written by Pankaj Matta, and directed by Siddharth Sengupta. The film also stars Deepak Dobriyal, Meeta Vashishth, Neeraj Sood and Sushant Singh.

Janhvi Kapoor shared a few photos from the sets as she took to Instagram to announce the wrap of this Aanand L Rai production.

Alia Bhatt kisses best friend at her wedding, sets the stage on fire in fuschia pink saree. See inside pics