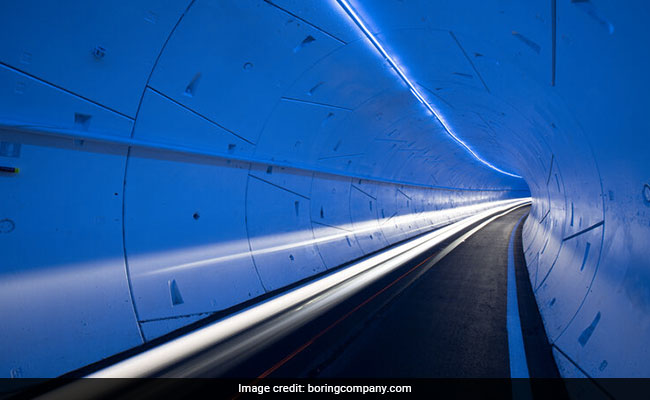 Elon Musk started talking about the Hyperloop in 2013.

A test site for Elon Musk’s Hyperloop technology has been dismantled, according to a report in CNET. The roughly one-mile-long and 12-feet-wide steel tunnel was located in Jack Northrop Avenue near SpaceX headquarters in Hawthorne, California. The space that has been freed after the tunnel’s dismantling will now be turned into a parking lot, the outlet further said. Tests were being conducted in the tunnel as The Boring Company claimed it would move people underground at more than 600 miles (965 kmph) per hour.

Mr Musk had been promoting the Hyperloop since 2013. He had even claimed in 2018 that the cost for 150 miles per hour trip will around Los Angeles will be $1.

It was meant to be built as a network of underground tunnels, but the project never reached fruition. The Boring Company had said in April that it will begin testing Hyperloop “at full scale” sometime this year.

The tube that has been torn down was above ground, where a competition was held in 2018 and students gathered at the location to race their pods, according to a report in The Verge.

The outlet further said that Mr Musk’s original plan to run magnetically levitating shuttles traveling through nearly airless tubes was replaced with tunnels that can only accommodate Tesla vehicles.

The Boring Company, meanwhile, has been working to build a system of tunnels underneath Las Vegas, but its efforts in other cities like Chicago and Los Angeles have been shelved.

Apart from The Boring Company, Mr Musk is the CEO of a number of other high-profile firms. His latest acquisition is Twitter, a $44 billion deal which he completed last week.

Imran Khan Shot At Rally, One Gunman Had Pistol, Another Rifle: Reports