Even as China moves to strip away media outlets from Jack Ma’s Alibaba Group Holding Ltd., authorities are allowing several patriotic upstarts to blossom in one of the world’s most restrictive media spaces.

One of the main voices is Chairman Rabbit — the social media moniker for Harvard University-educated princeling Ren Yi, whose popularity partly stems from Chinese citizens tired of what they view as constant China bashing in Western media outlets. A former assistant to the late renowned Sinologist Ezra Vogel, Chairman Rabbit has built a following of more than two million fans on social media platforms Weibo and WeChat.

The media needs to have “social responsibility” and think about public sentiment, Ren said in a telephone interview. He added that China was still trying to find a balance between allowing different points of view while also ensuring the public doesn’t lose confidence in political institutions.

Ren’s success helps show where the line for permissible speech is under President Xi Jinping, who has further restricted space for dissenting and critical voices since taking power in 2012. Beyond booting out some foreign journalists and now pressuring Ma to sell properties like the South China Morning Post in Hong Kong, China also frequently moves to quash new media platforms not under its control.

Last month, authorities quickly blocked Clubhouse after it emerged as a venue where internet users including those in China gathered to discuss treatment of Uyghur Muslims in Xinjiang and Taiwan independence — topics deemed too sensitive for open discussion on China’s internet. Around the same time, social media users and bloggers were required to obtain a license in order to post about current events, making it virtually impossible for anyone to operate outside China’s censorship system.

But some of those embracing the restrictions are finding big audiences among Chinese citizens who are skeptical of both Western narratives and state-run mouthpieces like the People’s Daily or China Central Television. Ren’s writing took off during the Hong Kong pro-democracy protests, when he won over well-educated readers who were not fully persuaded by the accounts presented by mainstream Chinese media.

Ren argued the demonstrators were driven by identity politics, and would never support mainland authorities regardless of the economic incentives offered. He compared Hong Kong youths wearing black T-shirts to the Ku Klux Klan while saying the financial hub’s leaders were infiltrated by the “deep state” and needed to be screened for their political views — a notion that Xi implemented this year with rules that only “patriots” can govern the city.

China’s need for a positive narrative beyond official sources — including aggressive diplomats referred to as “Wolf Warriors” in the West — was made all the more apparent following criticism for how it handled the Covid-19 pandemic. Over the past year, Beijing has increasingly been on the defensive in the face of widespread criticism over how it treats mostly Muslim ethnic Uyghurs in Xinjiang and democracy advocates in Hong Kong.

‘They Will Demonize You’

Xi has long called for Chinese media workers and academics to do a better job “telling China’s stories to the world.” Some have been sent to study with Zhang Weiwei at the Chunqiu Institute at Fudan University, according to two people who attended the sessions. Zhang, a staunch and vocal advocate for how China’s governance model is superior to Western democracies, is reputed to be among Xi’s favorite scholars, according to one of the people.

Chinese scholars are also trying to find ways to explain China in a way that’s understandable to the West. Wang Yiwei, director of Renmin University’s Institute of International Affairs and a former Chinese diplomat, said decoupling was the result of the U.S. not being able to annihilate or assimilate China.

“The U.S. has a very religious way of thinking — they want to bring you into their sphere,” said Wang, who is working on a book he says is China’s counterargument to Max Weber’s “The Protestant Ethic and the Spirit of Capitalism.” “And if they can’t, they will demonize you and try to destroy you.” 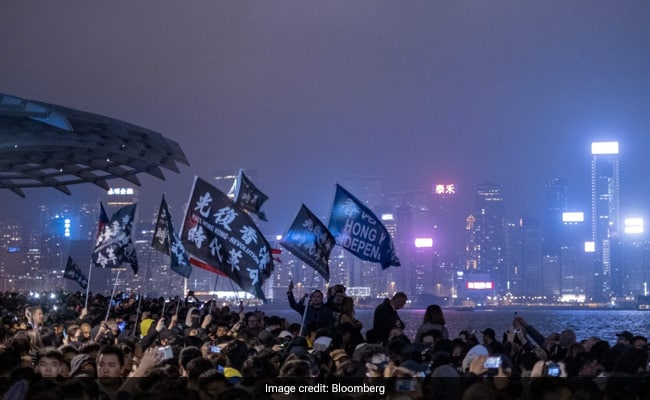 Wang Zichen was so dismayed with how Western journalists cover China that he decided to publish his own newsletter. Almost a year later, “Pekingnology” has quickly garnered some 1,600 subscribers — including diplomats in Beijing, journalists and investors — with in-depth dives on everything from who really owns Huawei Technologies Co. to the fuzzier elements of Chinese politics like the “Spirit of the Fifth Plenum.”

“It shows telling a Chinese story from a Chinese perspective, deeply-rooted in Chinese practice, is of great value to and can be appreciated by the West,” Wang Zichen said. Like Chairman Rabbit, Wang Zichen presents himself as an independent voice even though he works by day as a reporter with state-run media Xinhua News Agency. He said his bosses have given a tacit nod of approval to pursue his side project, but insists he’s acting alone. “It’s a one man shop,” he said. “There is no outside help, intervention, or guidance.”

Wang Zichen counts prominent China observer Bill Bishop as an inspiration, especially in showing that China punditry can be financially lucrative. Pekingnology is published on the Substack platform, in which Bishop is an investor. Wang Zichen also admires Hu Xijin, the editor-in-chief of the Communist Party-backed Global Times newspaper, for being one of the first to defend China on Twitter.

“I love my country deeply,” Wang Zichen said. “I think having people understand more of China in its own, intended original meaning — that’s the purpose of people in my profession.”