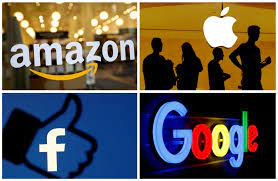 Apple Is Now Worth More Than Meta, Amazon And Alphabet Combined

Apple is now worth more than that of Amazon, Alphabet and Meta combined

Apple’s market capitalisation reached $2.307 trillion as on Wednesday’s (November 3) close. With this, the US-based company’s worth is now more than that of Amazon, Alphabet and Meta combined, which stood at $2.306 trillion.

The report added that in the last couple of sessions, Apple stocks have seen a rise of 0.16 per cent. Meanwhile, the other tech giants – Alphabet, Meta and Amazon – saw a drop in their stock value. While Meta has fallen 7.6 per cent, Amazon dropped by 17 per cent. Alphabet saw a 5.7 per cent fall in its stock.

Meanwhile, Apple vendors in India are planning to come up with an assembling unit ahead of the Chinese New Year, reported The Economic Times.

Prabhu Ram, Head Of the Industry Intelligence Group At CMR, told the daily, “I see the shift to India happening independent of the current context. The Make in India momentum (for Apple) will continue to gain traction.”

The tech giant will also roll out the much-awaited software upgrades for the 5G network in India for its users from next week.

“India A Bright Spot On This Dark Horizon”: IMF Chief On Economy