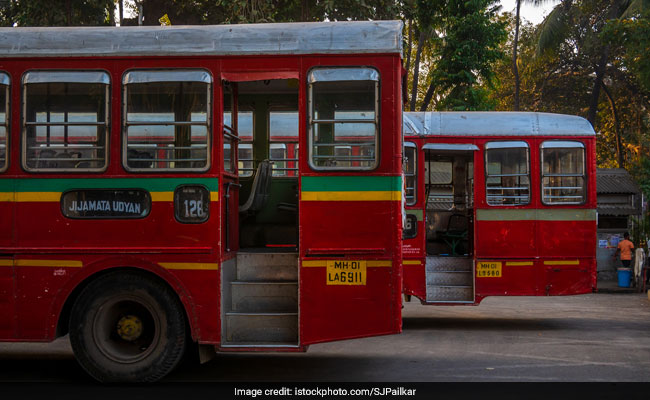 A banking issue with the civic-run Brihanmumbai Electric Supply and Transport (BEST) Undertaking has left around 40,000 of its employees getting a sizable portion of their salaries in the form of coins over the past few months, giving their renumeration an unwanted heft.

The undertaking, which operates a 4,000-bus strong transport system as well as supplies electricity to some 10 lakh consumers in the metropolis’ island district, has been getting massive quantity of coins from passengers by way of ticket fare, as well as cash for power bills.

Senior BEST committee member Sunil Ganacharya said the BEST has a huge amount of money lying in its coffers, but no bank is willing to take it from the undertaking’s 100-150 collection points after a contract with a leading private sector bank ended last year.

Some BEST employees, who did not wish to be named, said that getting a small part of the renumeration in coins was always prevalent.

Mr Ganacharya rued the state of affairs and said this ‘coins as salary’ mechanism has even led to some employees defaulting on their EMIs, among other things.

“Several BEST employees stay in areas like Ambarnath, Badlapur, Panvel or Virar-Vasai and travel by suburban locals. It is very inconvenient and risky to carry so much cash, that too in coins,” he said.

He added that the BEST committee had given its nod in January for an agreement to be signed with a private bank for cash collection, but some issue was delaying the start of the pick-up mechanism.

A BEST conductor said they try to tide over this “weighty” problem by exchanging the coins with passengers and shopkeepers, who need need it in large numbers to run their daily businesses.

Talking to news agency Press Trust of India, Shashank Rai, BEST Workers’ Union leader, said the mechanism of giving coins as part of salary was unacceptable and the inconvenience caused to the staff had been conveyed to the administration of the undertaking on several occasions.

BEST spokesperson Manoj Varade, meanwhile, said an agreement would be signed with a bank in two to three days, after which the bank will start picking up cash.

Anupam Kher thanks fans for their concern and best wishes for Kirron Kher: Your love has made us stronger

Anupam Kher thanks fans for their concern and best wishes for Kirron Kher: Your love has made us stronger